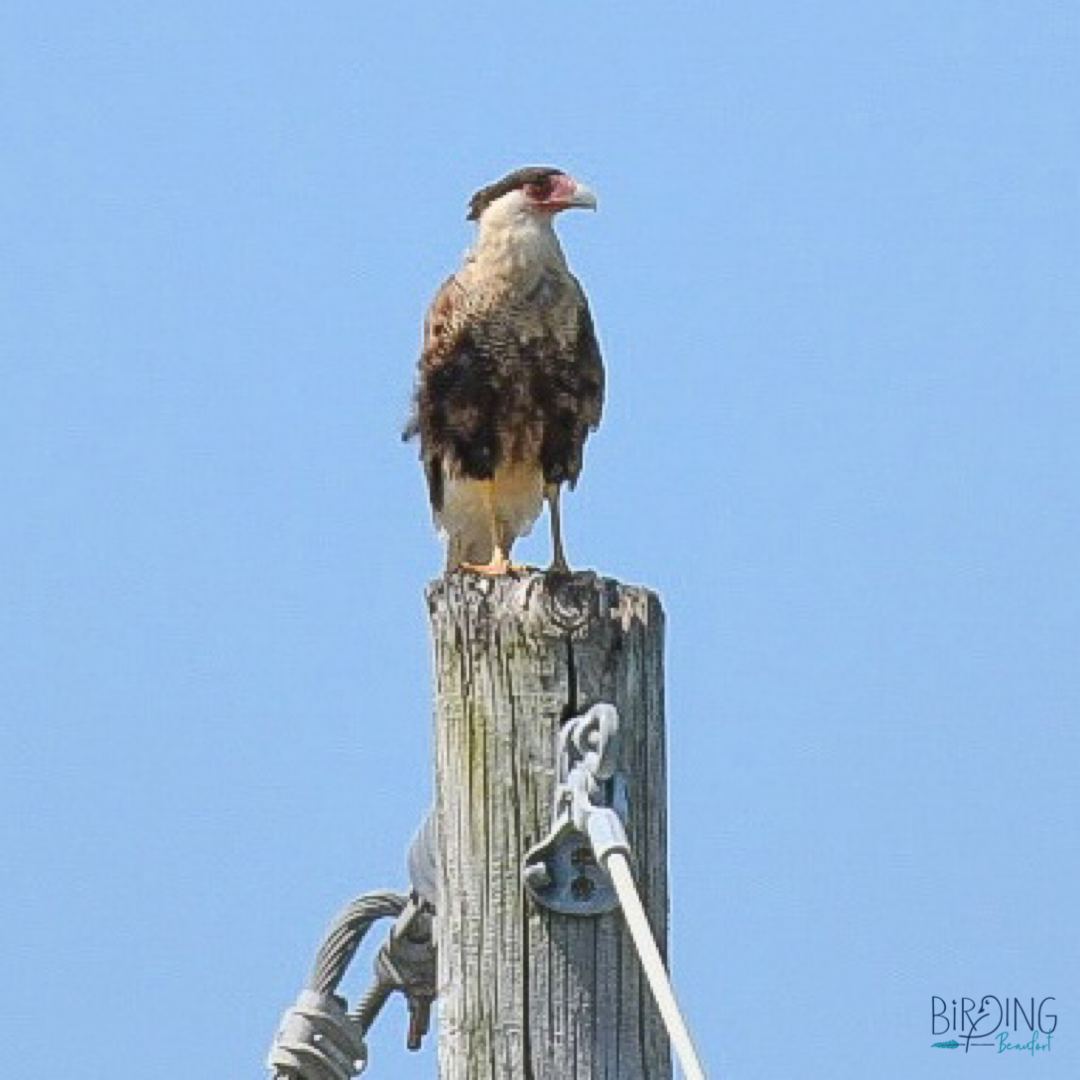 Crested Caracara’s are primarily found in Mexico, Central & South America as well as south Florida and southern Texas.  Nicknamed “The Mexican Eagle”, the report of a sighting of a bird so rare to the Lowcountry of South Carolina, drew state and nationwide attention.

Jenn Clementoni, co-owner of Birding Beaufort, alongside birders Stephen Guy and Andrew Lydeard, reported the sighting on August 19, 2022 on Sea Island Parkway on Harbor Island, SC. The Crested Caracara had been reported the evening prior via Ebird (a mobile app used by birders to track their sightings) by an Anonymous Ebirder behind the gates of the residential area of Harbor Island, SC.

It was a thrilling experience for bird lovers all around the Lowcountry for a few days! Jenn from Birding Beaufort met birders from Georgia; Columbia, SC; Charleston, SC and even Ohio who all came together for a chance to see this rare bird. Even Craig Watson, who had reported seeing a Crested Caracara in SC in 2015, joined birders for a chance to see the Harbor Island Crested Caracara.

The bird was last reported via Ebird on August 21, 2022 by Buddy Campbell and Sally Jessee, flying south along the Harbor River. Keep your eyes open Beaufort and South Carolina you may have a chance at seeing something rare! 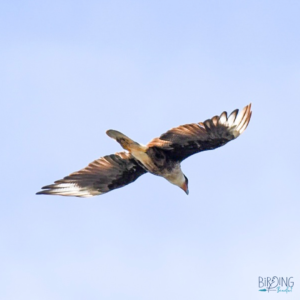 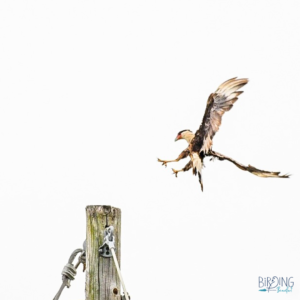